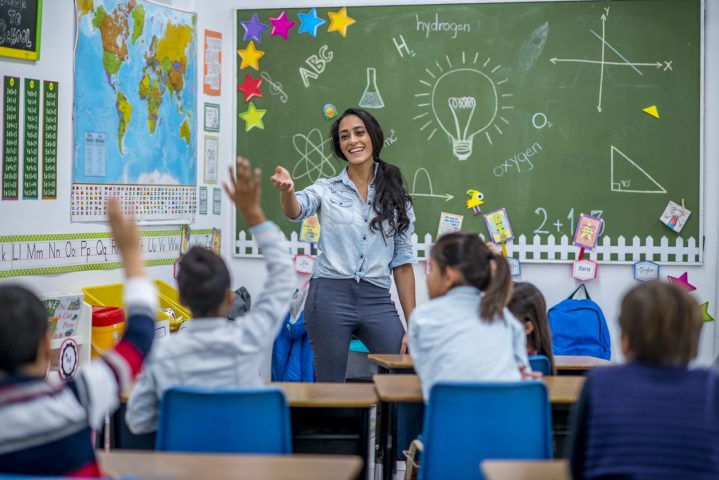 A local news station told the story of kids, dressed in only shorts and t-shirts finding it hard to concentrate and function during the day.  These students are still in school.  Many throughout the country will be attending classes through the end of June, and some will return over the summer for additional educational assistance.  All of this is happening while temperatures are climbing quickly.

Like so many across the country, the school in question had no universal air conditioning system installed.  Of course, temporary measures can be taken.  However, the window units, which are the next best thing, could only be provided to a certain number of the rooms in the school.  That means that the rest of the classes are forced to rely on oscillating fans that do little to cut the heat in the rooms.  One can imagine that the excessive heat and sweating does put a damper on the learning process.

For this reason, a proposal has been placed before the school board.  The district must decide if a new HVAC system with central air conditioning is worth the expense.  This system, outfitted, undoubtedly, with programmable thermostats, outdoor air temperature sensors, and more, will promise to keep all rooms cool in the most efficient manner possible

The decision is not one that will be made easily, however.  Many tax payers are not happy with the proposal.  The cost is high for such an installation, and many argue that the kids must only contend with the heat for a short period of time before enjoying their summer vacation away from the hot classrooms.

It is possible that, if the new system was designed and proposed in the right way, that it could provide vastly improved efficiency during the heating season too.    With the right sensors and controls in place, it is possible that the new system would so greatly reduce utility expenses for the district that, ultimately, it could save tax payers money in the long run.  Just being able to unplug all of those fans and window units would undoubtedly cut electric expenses drastically, but it isn’t always easy to make people see the long-term picture, when the upfront costs are high.