Hospital Patients Smoked Out of Facility

Hospital Patients Smoked Out of Facility 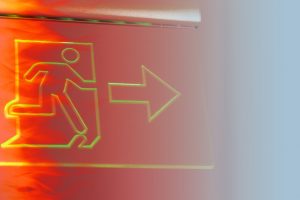 Imagine the sense of panic that would come with seeing clouds of smoke in the hallways of the local medical facility.  Patients, many of whom are in no shape to be woken, walking, or even moved about, would have to be evacuated of course.  Fortunately, for the teaching hospital that recently experienced such a scare, not all patients had to be removed.

Smoke from a faulty HVAC system did cause a temporary evacuation in portions of the medical facility.  Approximately 100 patients of varying medical condition had to be escorted from the building in order for teams to determine the cause, and to air out the space.  Ultimately, it was ruled that an electrical glitch caused the trouble, which led to the HVAC system releasing a giant cloud of smoke into the space.

Fortunately, there was not an actual blaze to contend with, and large portions of the hospital were not directly impacted.  This meant that, as soon as the air had cleared, patients could be moved back into their respective rooms and operations could resume as planned.  However, the HVAC system is an undeniably important system for any occupied space, and this is even truer when considering the role played by a medical facility.  Therefore, the problem could not be overlooked.

The issue was said to be a temporary one and no more was said regarding the necessary repairs, updates, or changes that had to be made to ensure that the problem was corrected and not likely to occur again.

With the right sensors and controls, it would be possible to trend the discharge air temperatures to the spaces served, and to analyze the data. By looking at trending data, facility operators can devise preventive maintenance programs to thwart premature breakdown. SRP controls supplies duct mounted temperature sensors, duct mount humidity sensors, outdoor air temperature sensor, and space temperature sensors all designed to give the end user unparalleled control and reliability.  So, whether it services a hospital or your home, you can have faith that the HVAC system isn’t going to smoke you out.