How to Calibrate Weighing Scale Instruments

How to Calibrate Weighing Scale Instruments 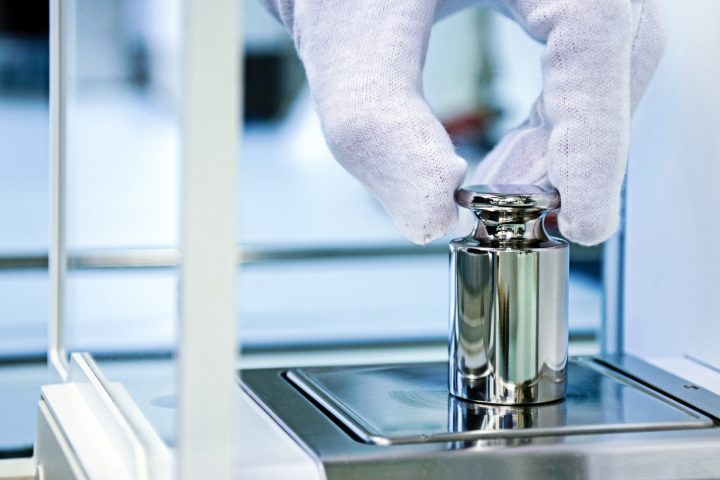 Before calibrating a weighing instrument, there are considerations that need to be taken into account.  You will want to know the technical characteristics of the instrument, (max weight, d value), the accuracy requirement (max error allowed and uncertainty), and what to do if the calibration fails (adjustment).

When the instrument is being tested on-site, you will need to turn it on prior to calibration to allow the temperature of the weights to stabilize to the same temperature where the calibration is to be done.

Do a few pretests to ensure that it is working normally.  In case the weighing instrument fails in calibration and is adjusted, you should make an “as found” calibration before an adjustment and an “as left” calibration after adjustment.

The test has the reference load places in a few specified locations on the load receptor.  The calibration procedure should specify where to place the load during the test and calibration results should document location. The objective of the eccentricity test is to find out the difference caused by the location of the load.

All instruments including weighing may suffer from repeatability issues.  This means that when the same load measures several times, the result is not always exactly the same.  To find out the repeatability of the instrument, they run a repeatability test.

The repeatability test performs by replacing the same load on the same place on the load receptor multiple times.  They should do tests in identical and constant conditions and with identical handling.  The load should be close to the maximum load of the instrument and a single load.

The repeatability test normal procedure is by repeating the measurement at least 5 times in a row.  For instruments with a high range, they should do it at least 3 times.

The purpose of the weighing test is to test the accuracy (calibration) of the weighing instrument throughout its whole range in several steps, with increasing and decreasing weight.  Start with zeroing the instrument without any load.  Set loads of the first test point, wait for stabilization and record the indication.  Continue increasing the loads through all the increasing test points.  With multi-range instruments, each range calibration is to be separate.

A minimum weight test is a test that is a requirement within some industries, like the pharmaceutical industry. The purpose of the minimum weight test is to find the smallest load that can be measured while still achieving reliable measurement results and fulfilling the accuracy requirements.  When the measured value gets smaller, typically the relative error of the reading becomes higher.  They should not use the weighing instrument to measure any loads smaller than the minimum load.

Other Tests and Calibration

There are some other tests that are not done during normal calibration. However, their usage is a type of approval test or in the initial verification.  Some of these tests are a tare test, discrimination test, a variation of indication over time, and test of magnetic interaction.  If you are still unsure about what requirements you need for your lab or it overwhelms you with doing it yourself, we can help.  SRP control systems can help you take care of your equipment.  We are an ISO 17025 accredited laboratory and can calibrate your equipment to meet your needs.  There will be no surprises, and your instruments and equipment will be accurate and compliant.